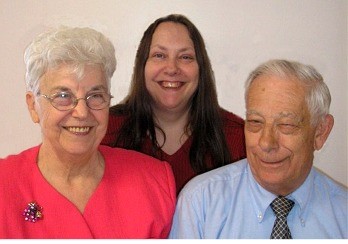 We are all aware of the drug problems that have ravaged our country.  They have reached epidemic proportions and the effects on the lives they touch is often irreversible.  Drugs destroy lives, homes, relationships, and dreams.  Are there many lives that have not been touched in some way by this epidemic?

More recently, we have been introduced to the new kid on the block: Methamphetamines (“Meth”).  This is a drug that can be easily manufactured in your own kitchen, and because of the common, easily obtained ingredients used in “cooking” Meth, it is difficult to track and all too readily available.  Where other drugs do the most harm to those who actively use them, Meth is different.  Even during the manufacture of this insidious drug, all who are in range of the poisonous fumes are in danger.  These fumes, as they permeate the house, are toxic and combustible.  They cause nausea, headaches, allergies, breathing difficulties, and many other maladies.  The fumes are not a respecter of persons.  They are dangerous to everyone in the home, including, and especially the children.

When a child is removed from a home where Meth has been manufactured, they must leave everything behind due to contamination by the fumes.  They leave their clothes, toys, toothbrush, and any reminders of their family.  From there they are taken to the hospital emergency room, their clothing is removed, and the children are cleansed of these dangerous toxins.  The end result: they have nothing that previously belonged to them.

Perhaps this problem is far removed from the world you live in, just as it was for me. That is until it touched me and my family in a very real way.

I remember very well the day my daughter and I flew for several hours to pick up two precious young boys who had been permanently removed from their mothers home due to her abuse of drugs.  Two little boys who had lost everything that was familiar to them, their home, their friends, their mother, even their toys.

They would now be adopted by my daughter.  Perhaps you can imagine how frightened and alone they must have felt.  Even though God had already placed love in our hearts for them, to these boys, we were perfect strangers.  Though all of their personal possessions had to remain in their house, they did have with them a very special cloth bag given to them by the local Child Protective Service.  We enjoyed seeing them open their bags that contained a few small toys, some clothes, and a handmade blanket.  To this day they still love that special blanket.

Sometime later our local news channel did a report on Meth.  I watched as the reporter followed a local drug bust.  The belligerent parents, as well as other adults, were removed from the home in handcuffs.  Then the reporter walked over to a window of the home and held the microphone up to reveal the heartbreaking sobs of children who could not possibly understand why their parents were being taken away from them.  Frightened, their worlds crumbling around them, these children are now taken from their home by strangers.  As you might imagine, the next few hours, the next few days and weeks, are very difficult for these children.

This news report affected me very strongly.  Though I had previously asked God to show me how I could be of use to Him, the answer seemed slow in coming.  Sometimes it is amazing how God works.  Just as He was revealing His will to me, He also revealed it to my daughter.  That is when the plans for It’s My Very Own were first conceived.

Over Thanksgiving, my daughter and I worked out the details of our plan.  We would begin making Bags of Love for these needy children.  They would contain a handmade quilt, a stuffed animal and age appropriate toys and personal items.

With bag in hand, we introduced the program to our local Child Protective Service, letting them know that this is an ongoing, long-term service for the children of our county.  They were elated and we were ready to begin.

What an awesome journey the Lord has led us on through this experience!  He has opened doors and guided us every step of the way.  He has provided help in so many ways. We now have a functional, well-working team.  One new friend had the very same idea that we did.  She had experience with the business end of things.  With her business sense, my experience in sewing, and the hundreds of yards of cloth left from my previous business, it was a perfect match!  By January 1, 2005 we were off and running!

As you contemplate the need of such a program in your area, remember that with the Lord’s help all things are possible!

God bless you as you embark on this journey of love!

When you go on God’s errands the most exciting things can happen.  Although I am…

IMVO is featured on 3ABN today

Fearfulness, helplessness, and anxiety are all words to describe the enduring emotions that may take…

Back To Top
×
Skip to toolbar